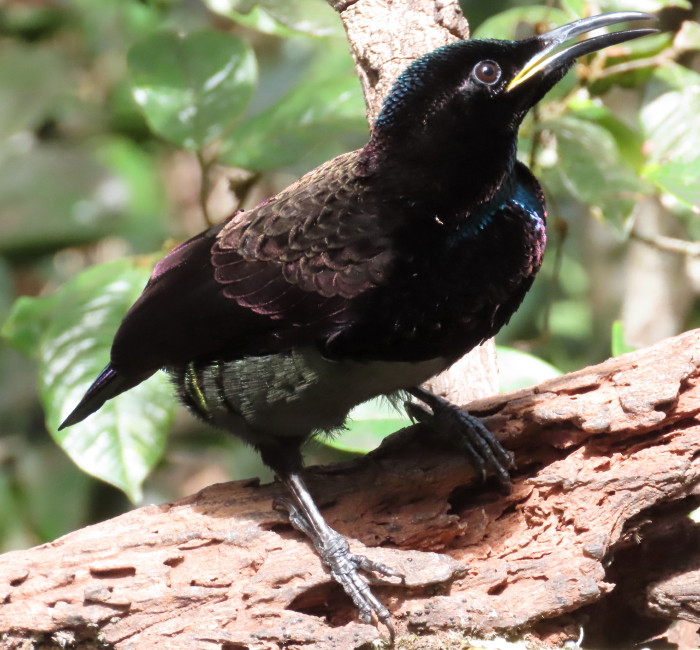 If you think that the adult male Victoria’s Riflebird is just a black bird with a few blue bits, you haven’t seen one in the right light, yet. 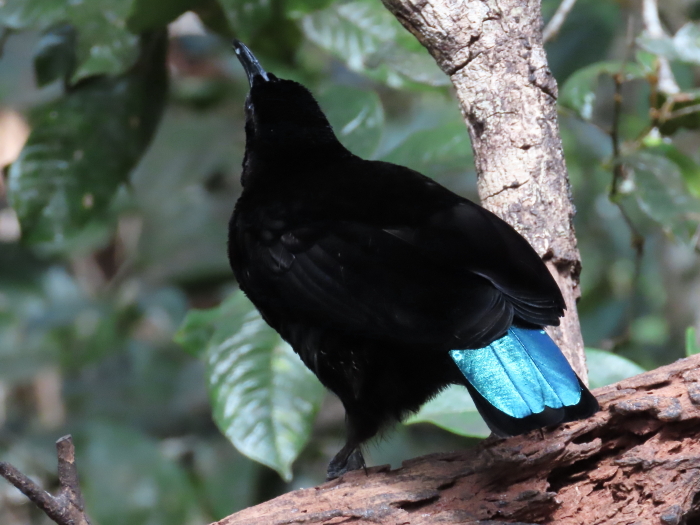 With the sun shining on him from the right angle, he is very colourful indeed: 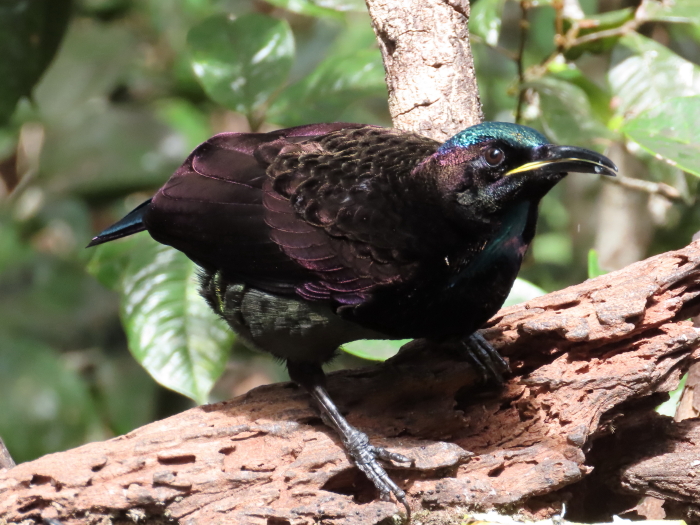 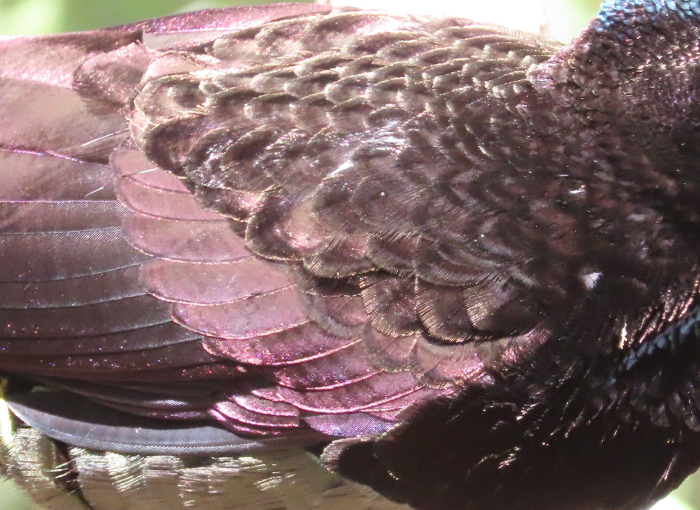 Combined with his shape-shifting display he truly is one of our most magnificent birds.

Our adult males haven’t been performing their display dances for several weeks now, and we haven’t seen much of our females, which could mean that they have mated already and the females are busy with their nests. The adult males know not to waste their energy on futile displays, but of course the young, brown males are still practising .

Several other species of birds are breeding early this year. We’ve observed  Mountain Thornbills, White-throated Treecreepers and Yellow-throated Scrubwrens putting the finishing touches on their nests a couple of weeks ago.

Our male cassowary is running a bit late (he lost his first clutch and is still leading the sole survivor of his second one) and the female is patiently following him around. She invites him to mate with her by sitting down near him, but he is still reluctant and usually walks quietly away from her.