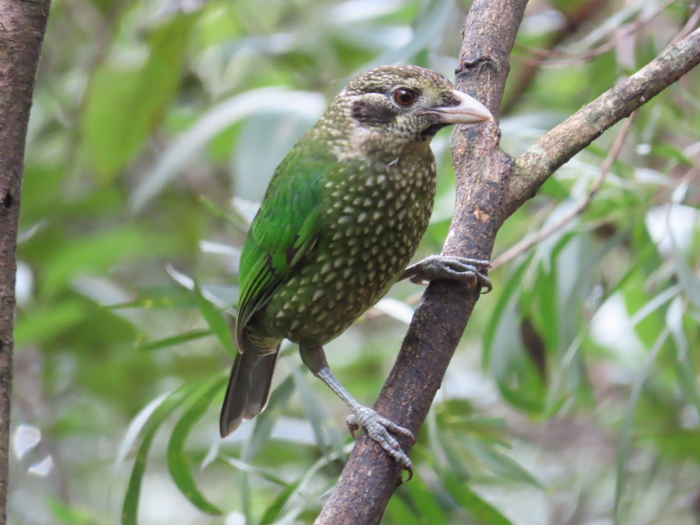 It has been a very mild winter so far. Only once did the temperature drop below 10 degrees in the morning. After many drizzly days, we now have stable, sunny conditions. Perfect for our python, which has moved from King Parrots to larger prey. It had a more bandicoot-sized bulge recently and it spent a few days in a sunny spot digesting it. 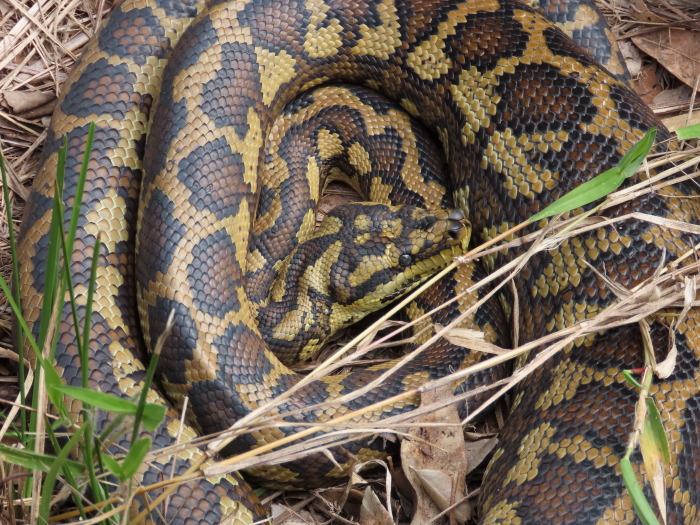 A pencil-thin juvenile Northern Dwarf Crown Snake was seen near the house, 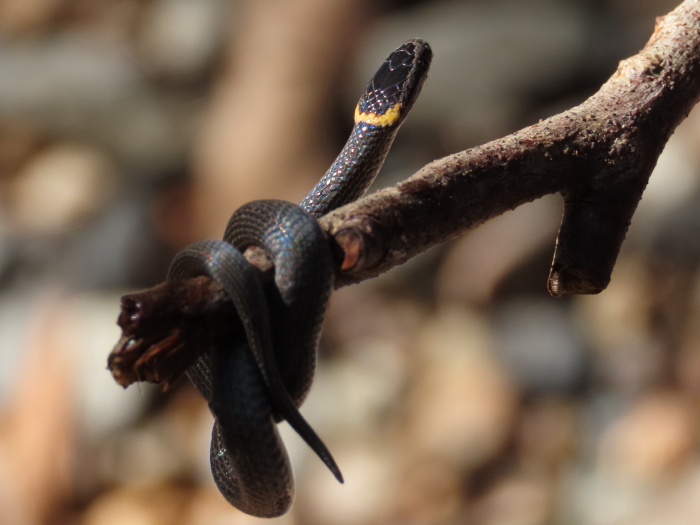 and this good-sized huntsman was out and about, too.

and one immature Golden Bowerbird.

The Crimson Rosellas are feeding on the small nuts of Dodder Laurel (Cassytha filiformis), and you can hear their tinkling contact calls through the forest. 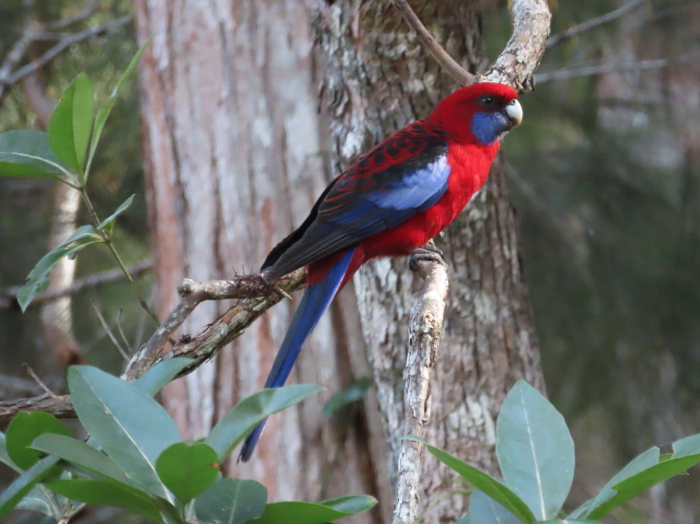 A small flock of Silvereyes is tucking into the fruits of the Red Cluster Heath (Acrotriche aggregata). 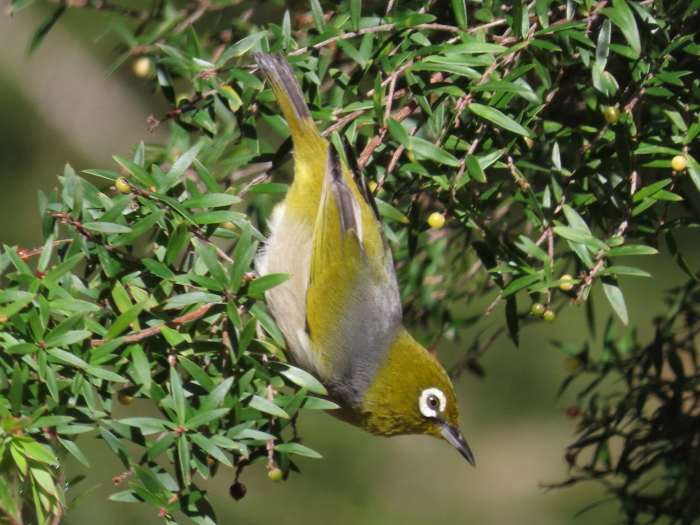 Dad’s youngster, now about 6-7 months old, is losing its stripes and is venturing a bit further away from dad when they are feeding.

It appears that we have a new male tree-kangaroo, who often hangs out in the same part of forest

The riflebirds are busy displaying near the cabin. There were even 2 mature males displaying to each other on the same stump.

It seems the mild conditions are tempting some birds into an early breeding season: A Mountain Thornbill has built a nest nearby and a pair of Spotted Pardalotes is looking for a suitable site.