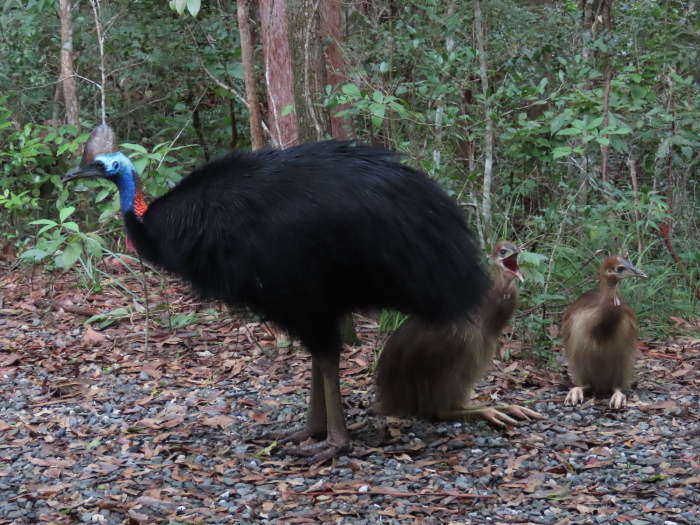 Autumn in Wondecla means cassowary season: fruit in the rainforest is getting sparser, whereas there is plenty of tucker in the wet sclerophyll forest.

One month ago Dad re-appeared with one small stripey chick in tow. This confirmed our suspicion, that he lost his first clutch of eggs (or newly hatched chicks) after mating late July. He had a second attempt at breeding in November, but only one chick survived. 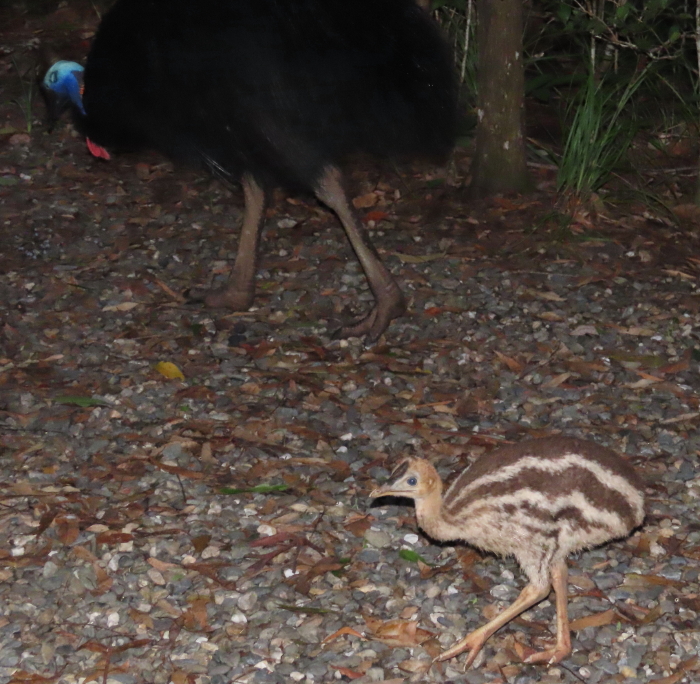 For the last few weeks our forest has been producing a lot of berries: some Lilly-pillies, some Cissus “grapes” , lots of native ginger berries, a good number of Red Cluster Heath berries (as small as hundreds and thousands, but not too small for cassowaries!) and huge amounts of Mackinlaya macrosciadea fruits. This year, the cassowaries really love them, whereas in previous years they were not very popular. Maybe they are tastier (more nutritious) this autumn. 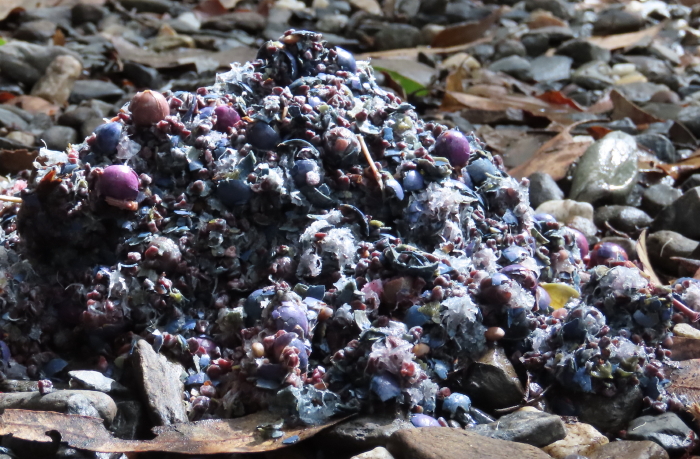 It is always interesting to check cassowary droppings in order to see on what they are feeding.

Wattle, the dominant female, has her eye on Dad already, following him around occasionally. We hope his fathering instinct is still stronger than his desire to mate, as his chick is only about 4 months old and much too young to be left alone.

Goldfinger’s chicks, 7-8 months old, are almost ready to venture into the big world by themselves now. 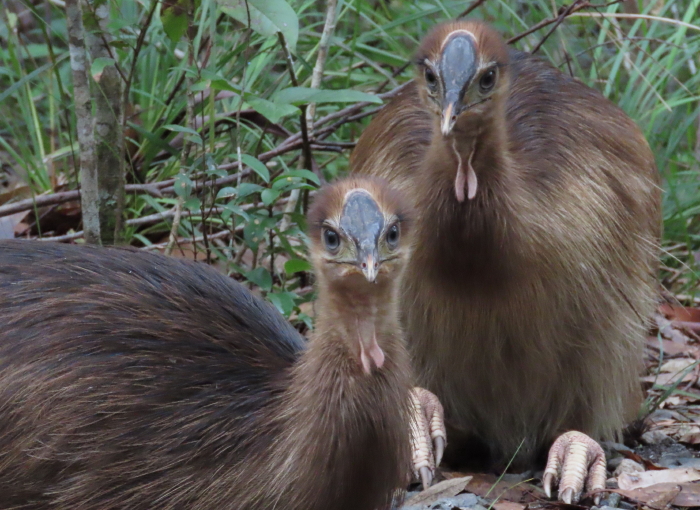 Miss March also comes through every now and then. She has grown into an impressive young lady, about as tall as Wattle, however not quite as bulky, yet.

Cassowaries are keen on protein, too, so when Dad came across a dead honeyeater, he tried to show his youngster how to deal with it, but try as it might, the chick couldn’t swallow the bird and in the end Dad gobbled it up himself.