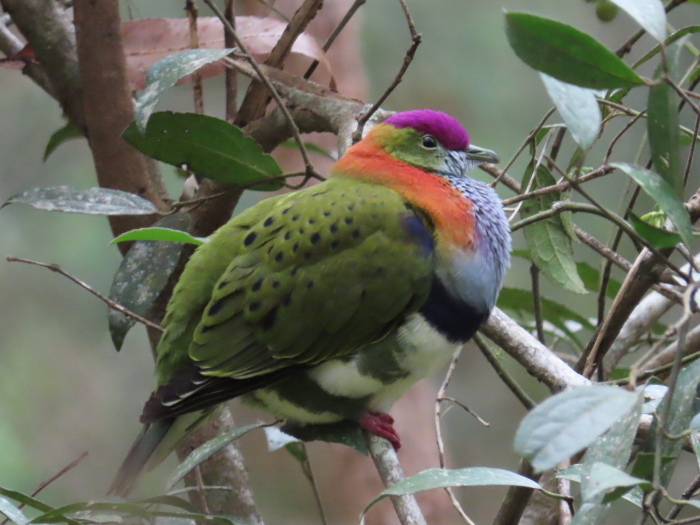 This wet season left us about 500mm short of our average rainfall, but a low near the coast right now might be just making up for it.

Many birds have been molting, like this Satin Bowerbird, wondering what happened to his tail: 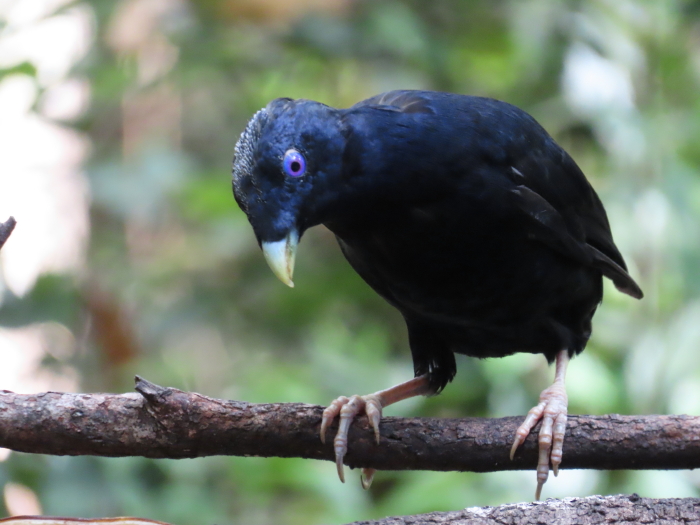 Some Victoria’s Riflebirds started displaying again a few weeks ago, but it should only be a short practice period before the proper season begins in winter. 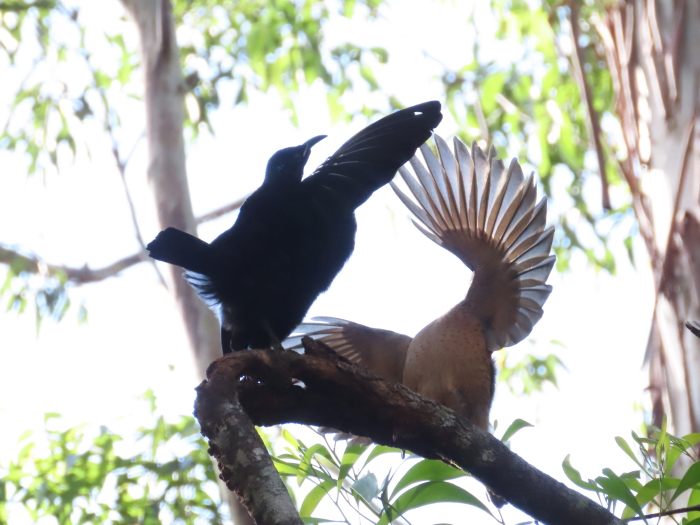 We’ve had another pademelon baby 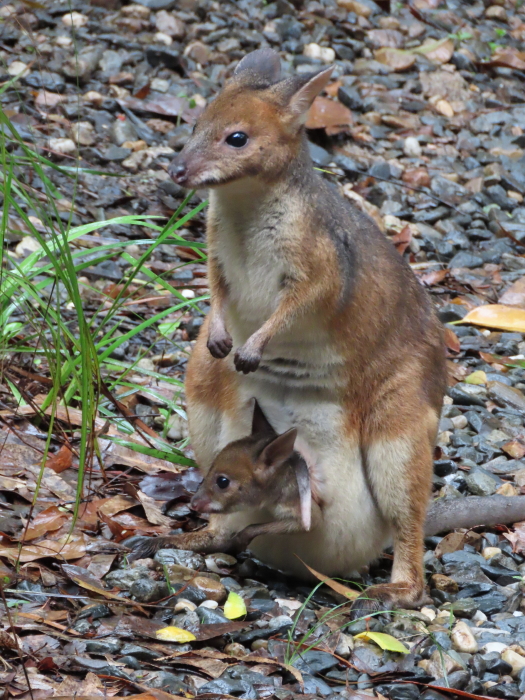 just out of the pouch:

In summer, the Grey-headed Robins stray further from the creek and are often seen and heard in and around our small clearing between house and cabin. 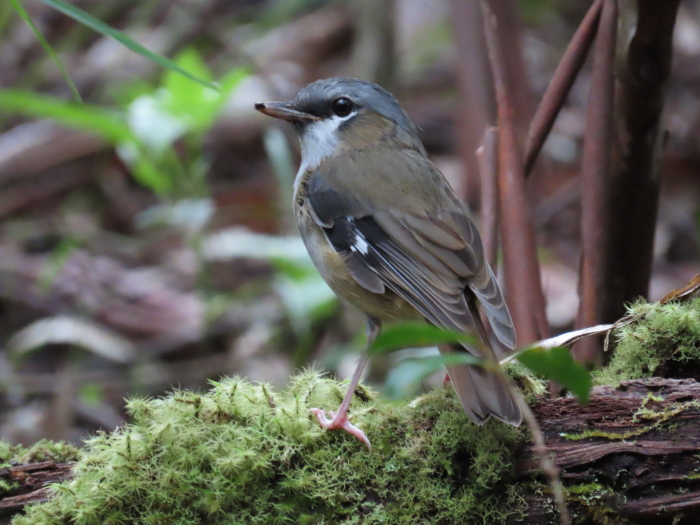 Many other smaller birds are also easier to see:

This season’s immature Grey Goshawk is on the lookout for King Parrots and even had a go at the cassowary chicks (Dad was not amused and hissed at the swooping raptor). 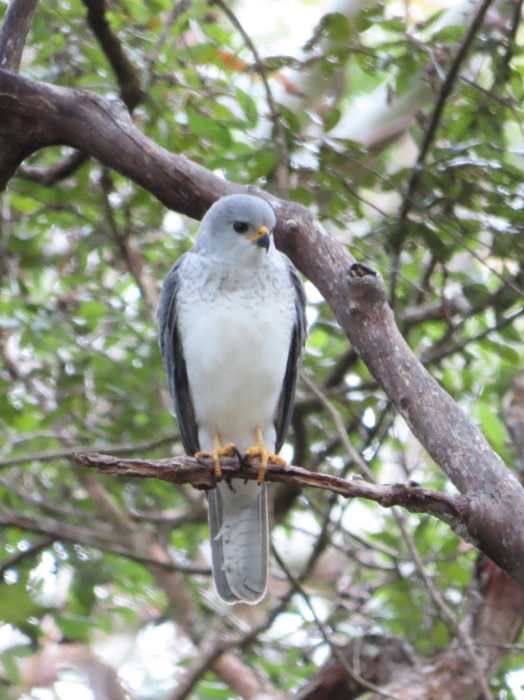 Whereas the leeches are on the lookout for our blood! 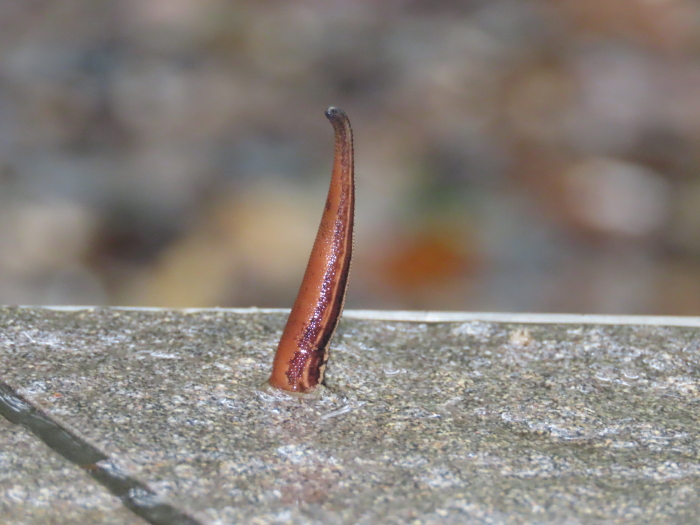 One of the King Parrot males seems to be a teenage dad, he still hasn’t acquired his full adult plumage: 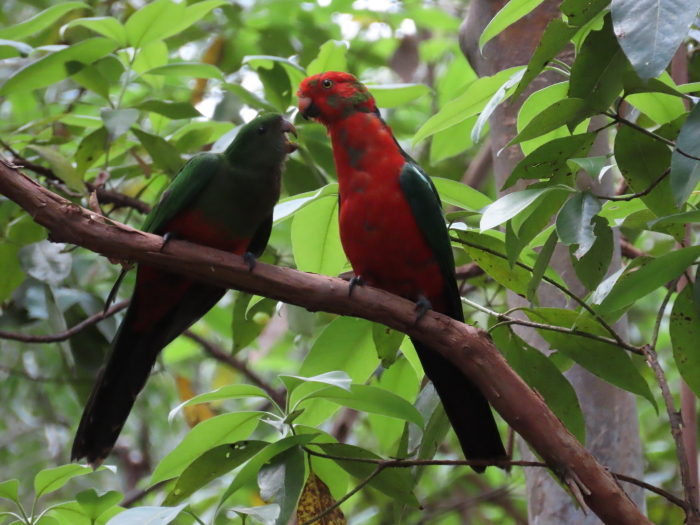 Late summer is also a good time for insects: 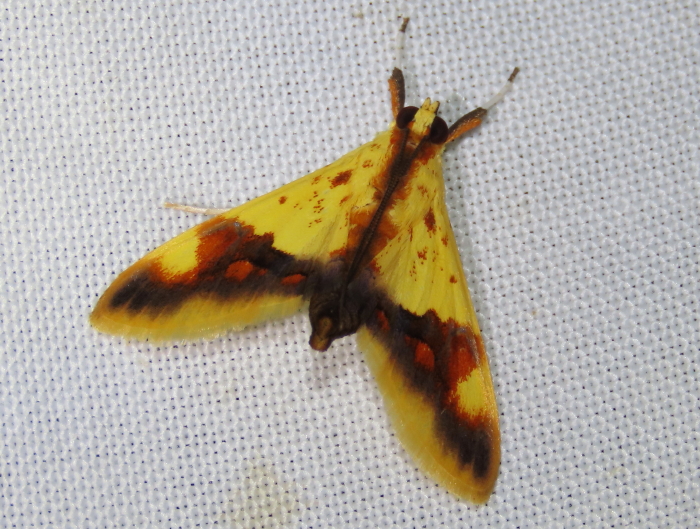 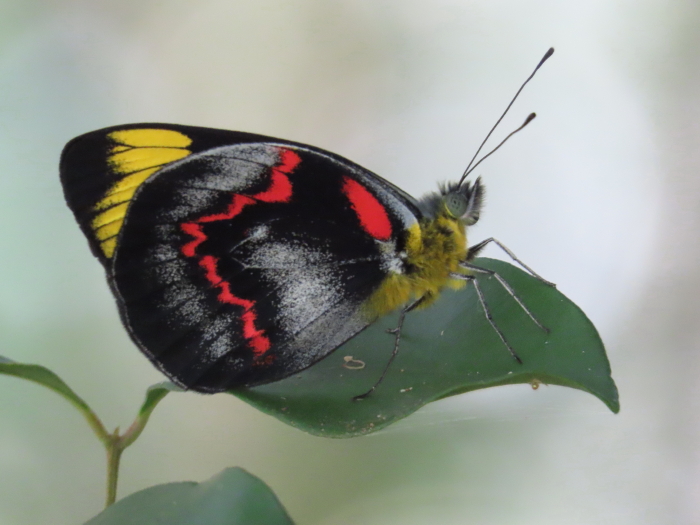 Black Jezebel, and its chrysalis: 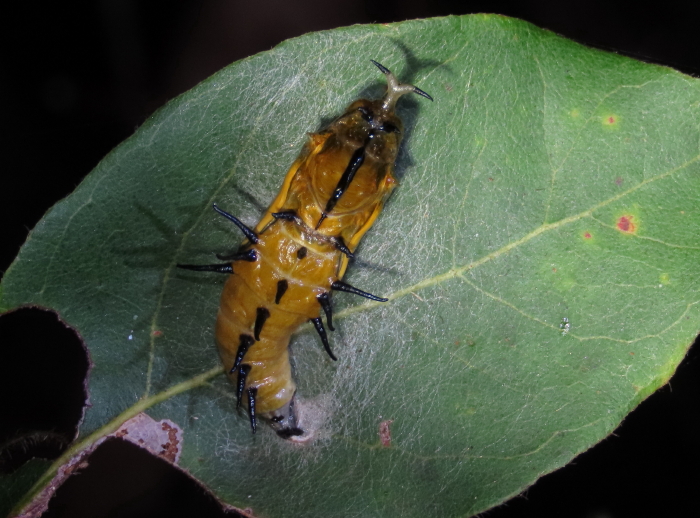 “Goldfinger”s chicks have grown well and  lost their stripes: 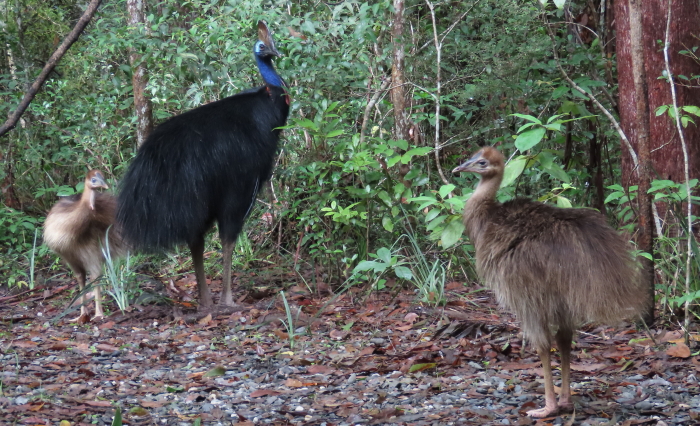 The Rose Gums have begun to flower, attracting many honeyeaters and lorikeets. One tree next to the cabin had about 20 Little Lorikeets feeding in it for days.

Some of the vines and shrubs are getting ripe berries now and the fruit-eaters should be arriving soon from the nearby rainforest (we’ve seen the first Spotted Catbird last week and the cassowaries are coming by more often).