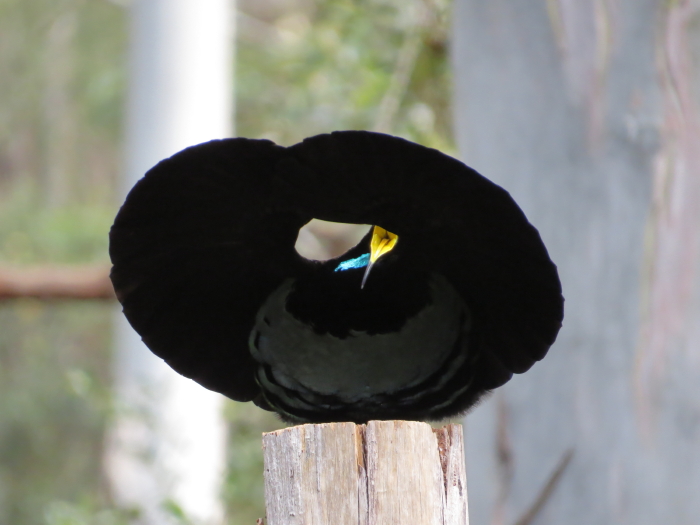 After some rain (cyclone Owen didn’t have much effect on us), many more birds are breeding now. There are more insects around for feeding their offspring. We also have a large number of honeyeaters taking advantage of the mass-flowering of Red Mahoganies.

The Victoria’s Riflebirds are still displaying, although they have started their yearly moult, and the males don’t look their best.

That additional row of emerging wing feathers looks quite attractive!

Despite the lack of fruit at the moment, some Superb Fruit-doves have decided to nest here. We observed one nest (from a long distance!), where the chick fledged after only one week, which is normal for Superbs.

In typical pigeon style, the nest is a very flimsy affair. No wonder, the chick doesn’t stay!

An unusual visitor to the cabin was a Varied Sitella. They normally occur in  drier forests (Springvale Road is more their habitat), and we’ve seen them once before in the Casuarinas in the western part of our forest.