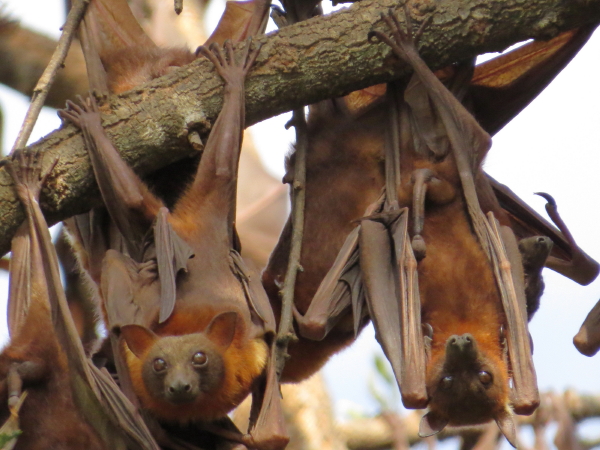 The Red Mahogany trees (Eucalyptus resinifera) in our area finally began to flower a couple of weeks ago, and, as expected, are attracting large numbers of Little Red Flying Foxes (Pteropus scapulatus).

They are easily distinguished from other large fruit bats: their wing-membranes are translucent in flight and they are considerably smaller than the other large flying- foxes. Brush-like tongues (like lorikeets) make collecting nectar and pollen very efficient. 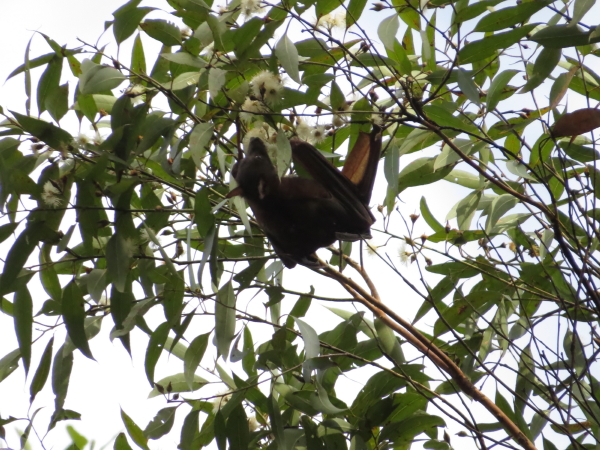 They feed at night, although at the moment they are arriving in our forest as early as 3pm. We very much enjoy listening to them: they constantly call to each other with soft, fluting whistles, and, of course, also squabble noisily. In this video, the calls in the background are being made by Scaly-breasted and Rainbow Lorikeets.

During the day, Little Reds gather in campsites, which they occupy for as long as there are flowering trees nearby. 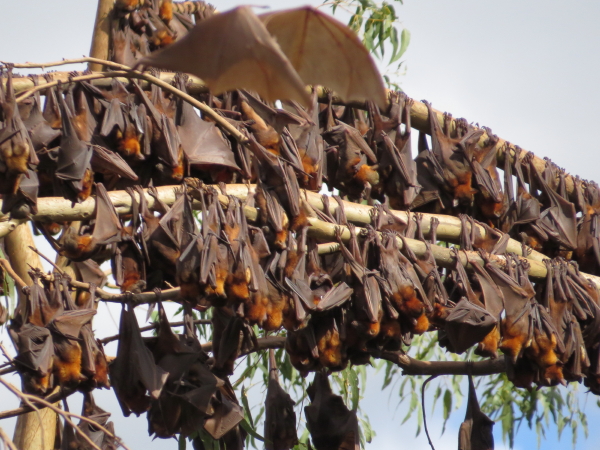 The summer months are mating season, so you can watch them courting, play-fighting, mating 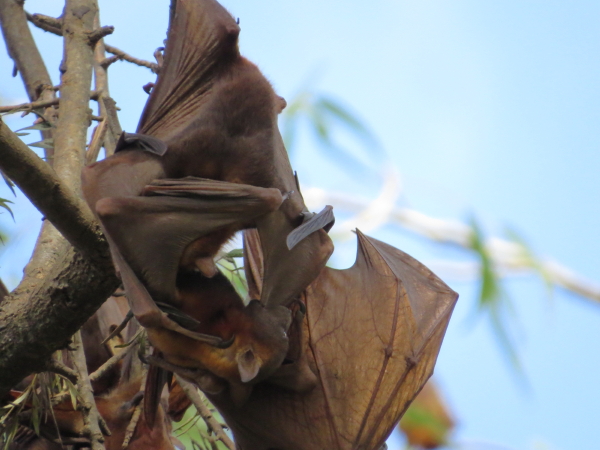 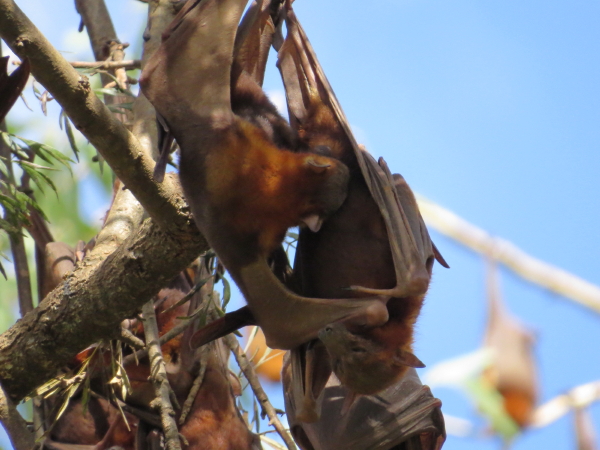 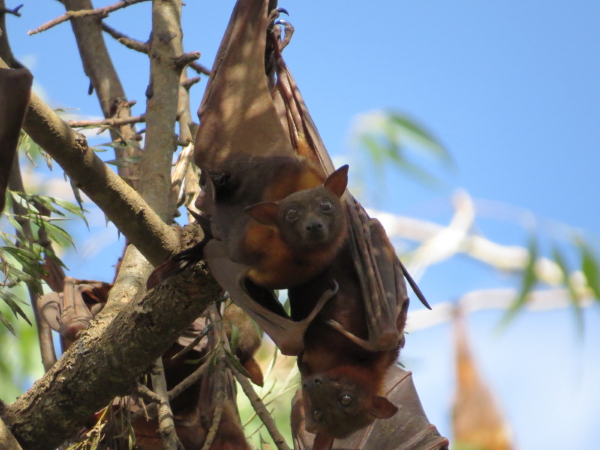 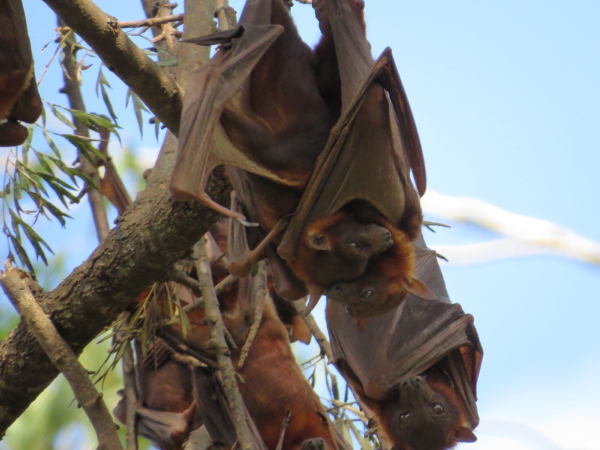 Males are well-endowed, and, like other flying-foxes, anoint their neck ruffs with a smelly liquid from their penis, which they rub onto branches for scent-marking.

There was a severe heatwave in North Queensland in late November, which caused the death of thousands of the much rarer Spectacled Flying-foxes (Pteropus conspicillatus) along the coast (Little Reds are more heat-tolerant). It is  birthing season for the Spectacleds, and many babies were orphaned.

The Bat Hospital near Atherton has currently more than 500 bats in care, with volunteers working around the clock to look after them. 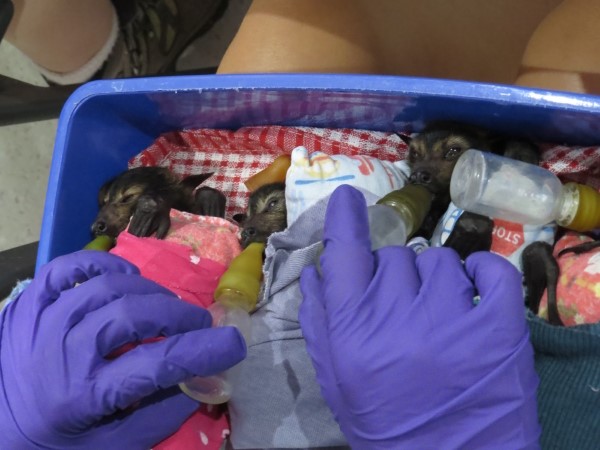 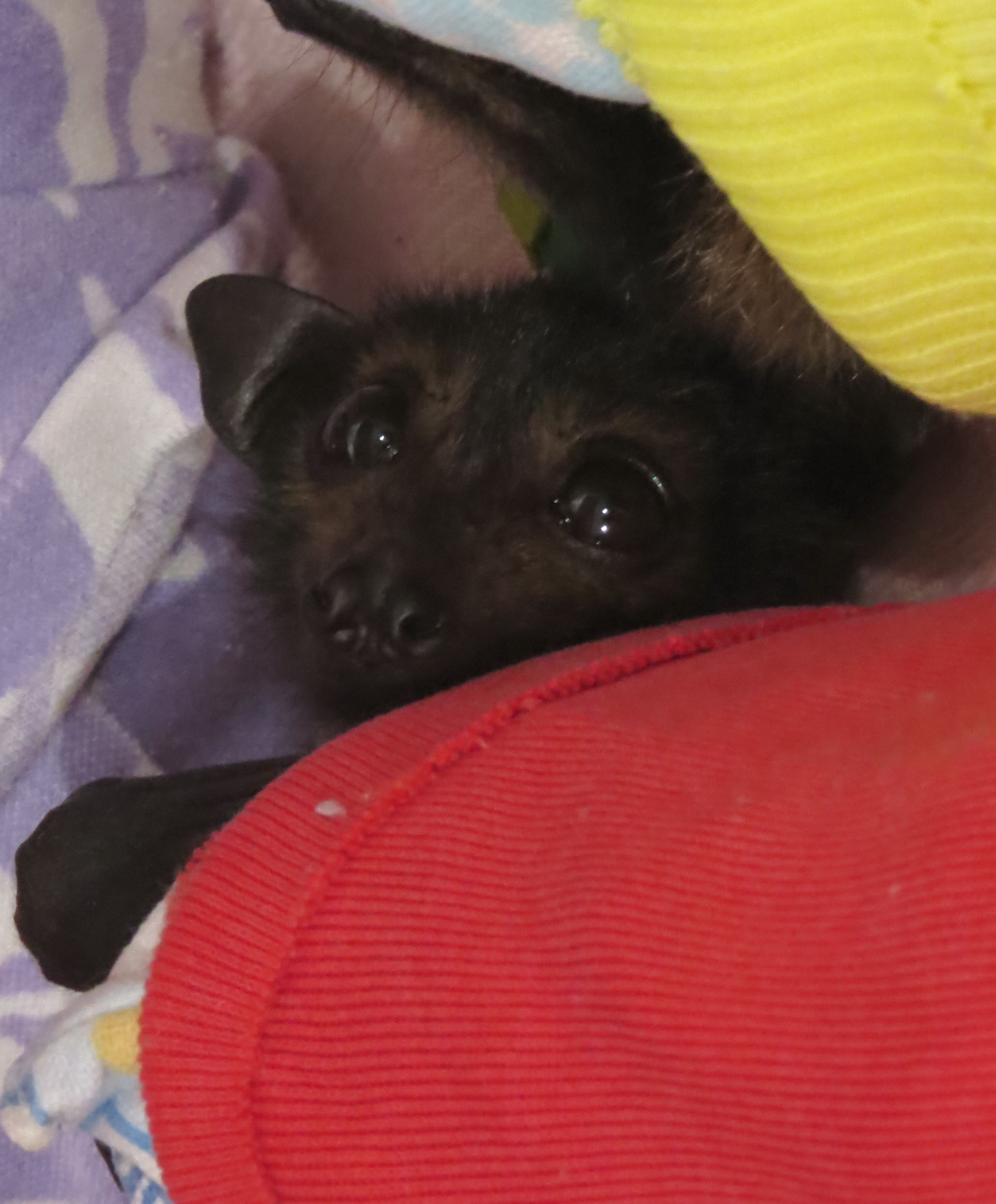 For more information, booking a guided tour, or donations:  www.tolgabathospital.org

Ex-tropical cyclone Owen just passed over our area, bringing wind and lots of rain. Interestingly, the Little Red Flying-foxes came in to feed very early (at 3pm) the day before yesterday, and not at all yesterday/last night. They may have known something…