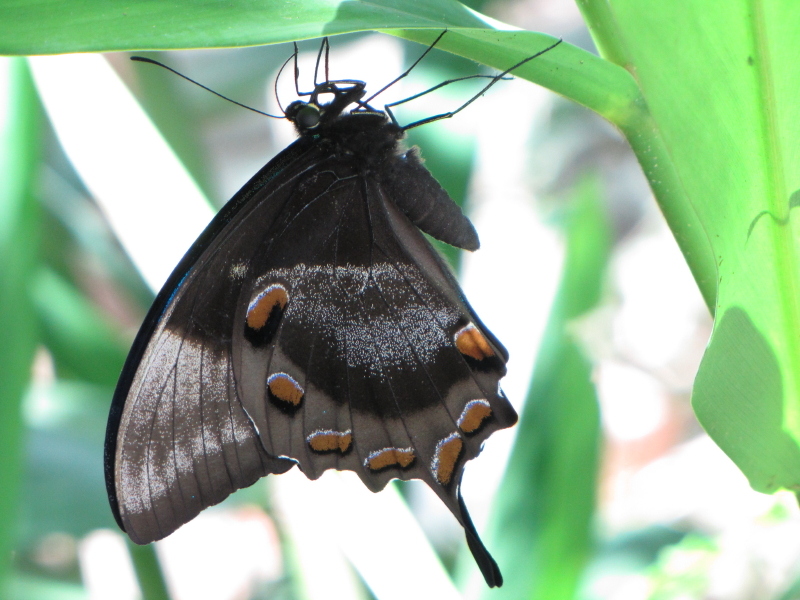 The one remaining cassowary chick ( see last blog), was not seen again from mid-November 2014. The female (“Missy”) initiated mating  almost immediately. Male and female cassowaries visited us jointly a few times in December, January and early February. There were fewer, compared to previous years, visits by the male. We do not know whether he is sitting on eggs, visiting us in his spare time (this would be unusual), or taking a sabbatical.

By early January most of the daily-visiting Chestnut breasted Mannikins (Lonchura castaneothorax) had left. For many species this is the breeding season. In the case of birds it means they are more vocal/territorial.  This helped in observing Yellow-breasted Boatbills (Machaerirhynchus flaviventer) on our property, they have a distinctive call.

Pacific Bazas (Aviceda subcristata), too, have a very characteristic call, and they have been very noisy around our place recently, flying through or just above the canopy and snatching katydids and other juicy insects from the foliage, which they then ate leisurely. 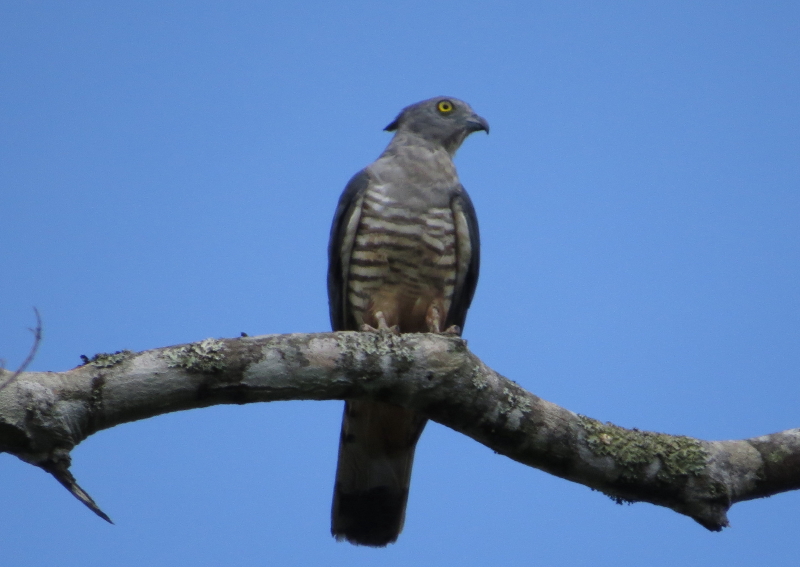 Again the Sunbirds (Nectarinia jugularis) had a very hard time producing offspring: the Butcherbirds (Craticus quoyi) destroyed two nests with eggs, which were not consumed. Anecdotal evidence around our house: fewer than one in four attempts to raise chicks has been successful .

The Spectacled Monarch flycatcher (Monarcha trivirgatus) have more success,  although their nest sites appear to be quite exposed to aerial predators. All the nests, which we have found so far, were neat cups,  located in the fork of a small tree, just 2-3m off the ground.

This one is not quite finished, yet: 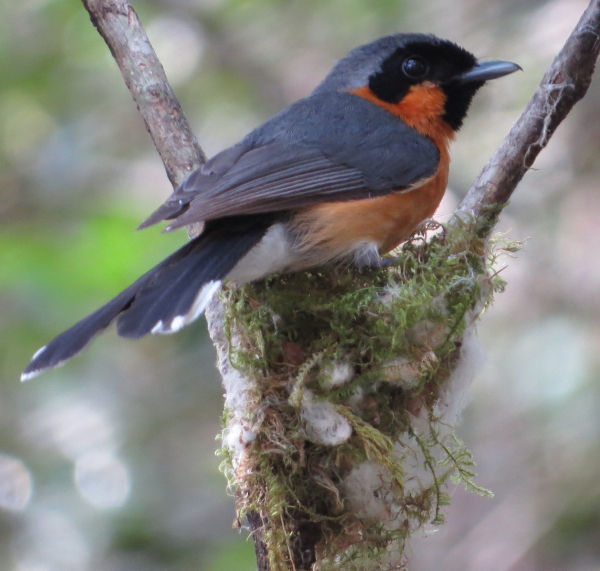 Until early February North Queensland, including the rainforest areas, was in drought and considerably too hot. Flora and fauna showed signs of heatstress. This pair of Victoria’s Riflebirds (Ptilotis victoriae), was hanging out in a shady spot for almost half an hour – giving me plenty of time to fetch my camera. 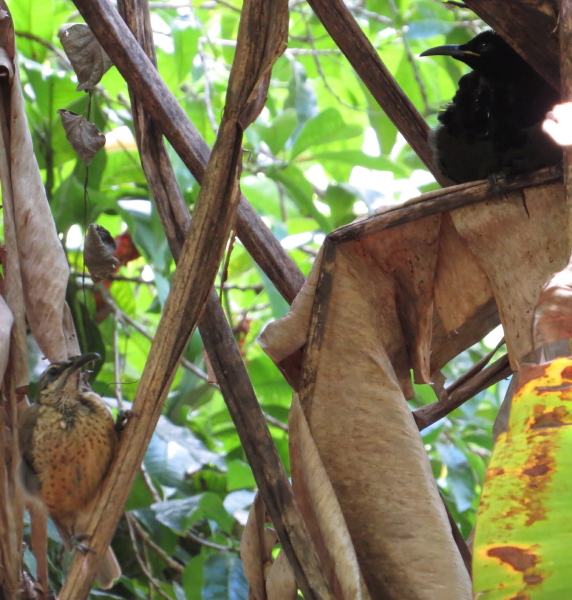 A Red-leafed Fig (Ficus congesta), which we planted near the cabin a few years ago, is fruiting several times a year, and not only attracts Double-eyed Fig Parrots (Cyclopsitta diophthalma) . We also observed two Blossom Bats (Syconycteris australis) and one Tube-nosed Bat (Nyctimene robinsoni)  feasting on figs in December.