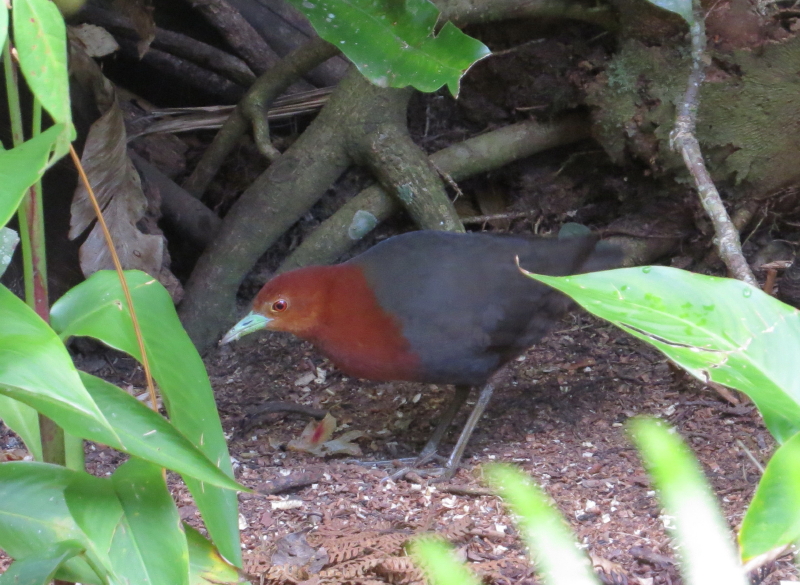 Exciting news about two of our iconic species:

Mr Cassowary (“Dad”) has returned with a new chick (he had two this year, but the other one succumbed to a leg injury). 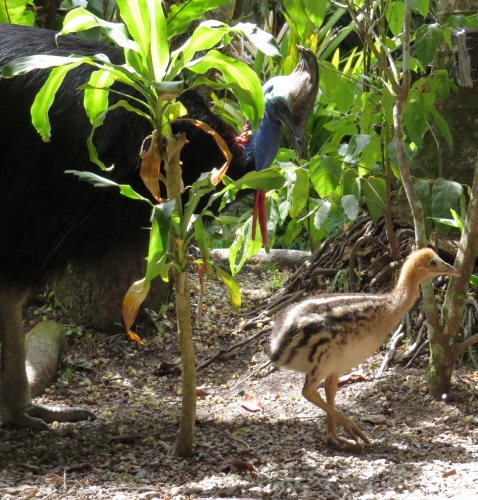 The little one is already quite adventurous, running across the rocks around our pond, under Dad’s watchful eye: 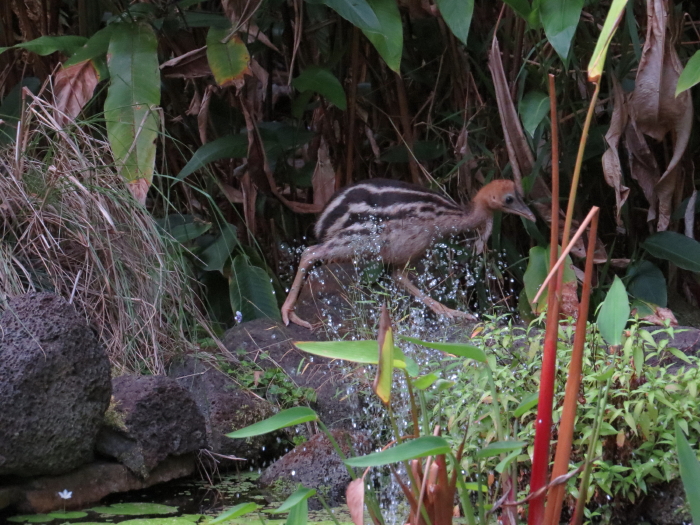 A large tree was snapped off during the cyclone in April , and we decided to cut off the splintered top of the stump, in the hope that the smoother surface might entice a Victoria’s Riflebird (Ptiloris victoriae) to use it as a dance floor for his courtship display.

Last week a young riflebird (he is still wearing his juvenile plumage, having not yet changed into the splendid black and metallic turquoise adult colours ) rewarded our efforts: 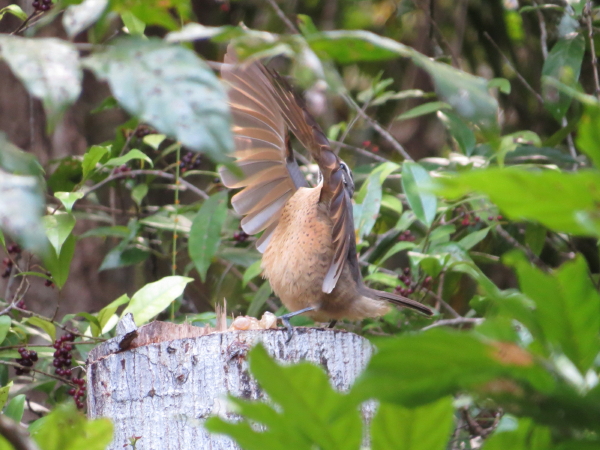 Not a very pleasant voice, but he certainly knows how to move (and then he became annoyed by a piece of bark…):

This Tree Monitor (Varanus scalaris) inspected the tree stump in the afternoon: 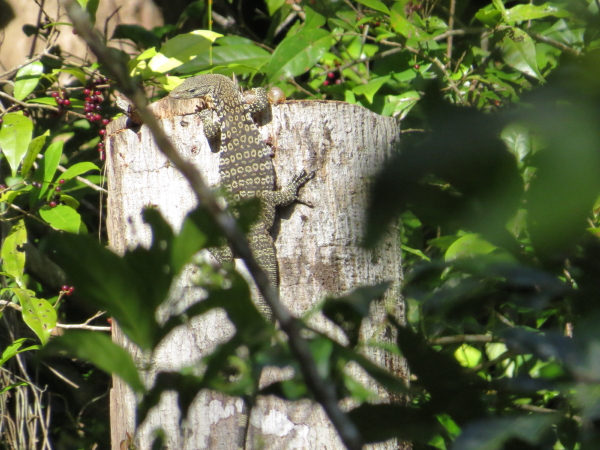 Another legacy of the cyclone are a lot of broken branches and tree trunks, which we gathered in a large pile in the forest at our garden’s edge. It now houses a couple of Red-necked Crakes (Rallina tricolor), who emerge regularly to forage for insects and worms.

They like banana, too, as does this Major Skink (Egernia frerei), (this one is about 30cm long): 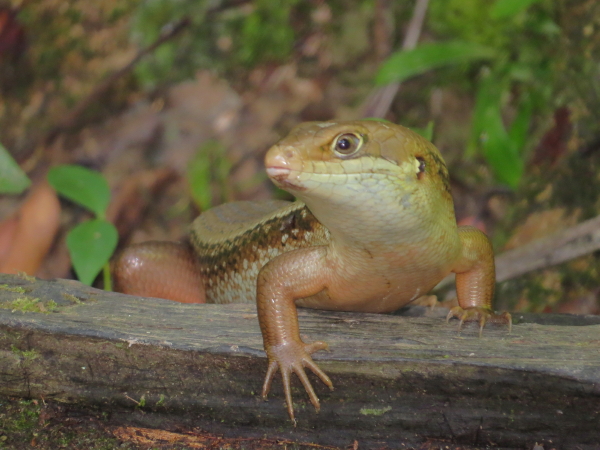 It has been very dry , but as Dad has only one chick to raise this year, finding enough food should not be a problem.

1 thought on “Victoria’s Riflebirds and Cassowaries”