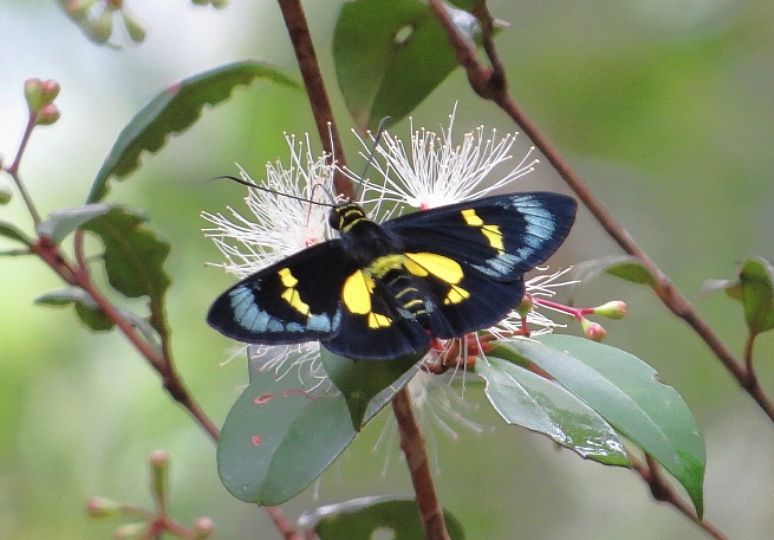 Regent Skippers (Euschemon rafflesia) are the largest of the Australian skippers, and beautifully coloured, especially our tropical subspecies E.rafflesia alba.                            The first butterflies appear in late September, and it seems they complete 3 generations before they make themselves scarce towards the end of March.

They are very unusual in having a feature, which normally is an important difference between butterflies and moths: males have a spine on the hindwing (a frenulum), which couples it with a loop under the forewing.

They are easy to observe, as they often settle on shrubs for a while. This one even sat on my hand for a while!

The food plant for their caterpillars (Wilkiea pubescens, a tall shrub) grows in abundance on our property. Wilkiea fruits are very popular with many birds, like Superb Fruit-doves, and we’ve even watched a tree-kangaroo eat mouthfuls of the unripe berries. 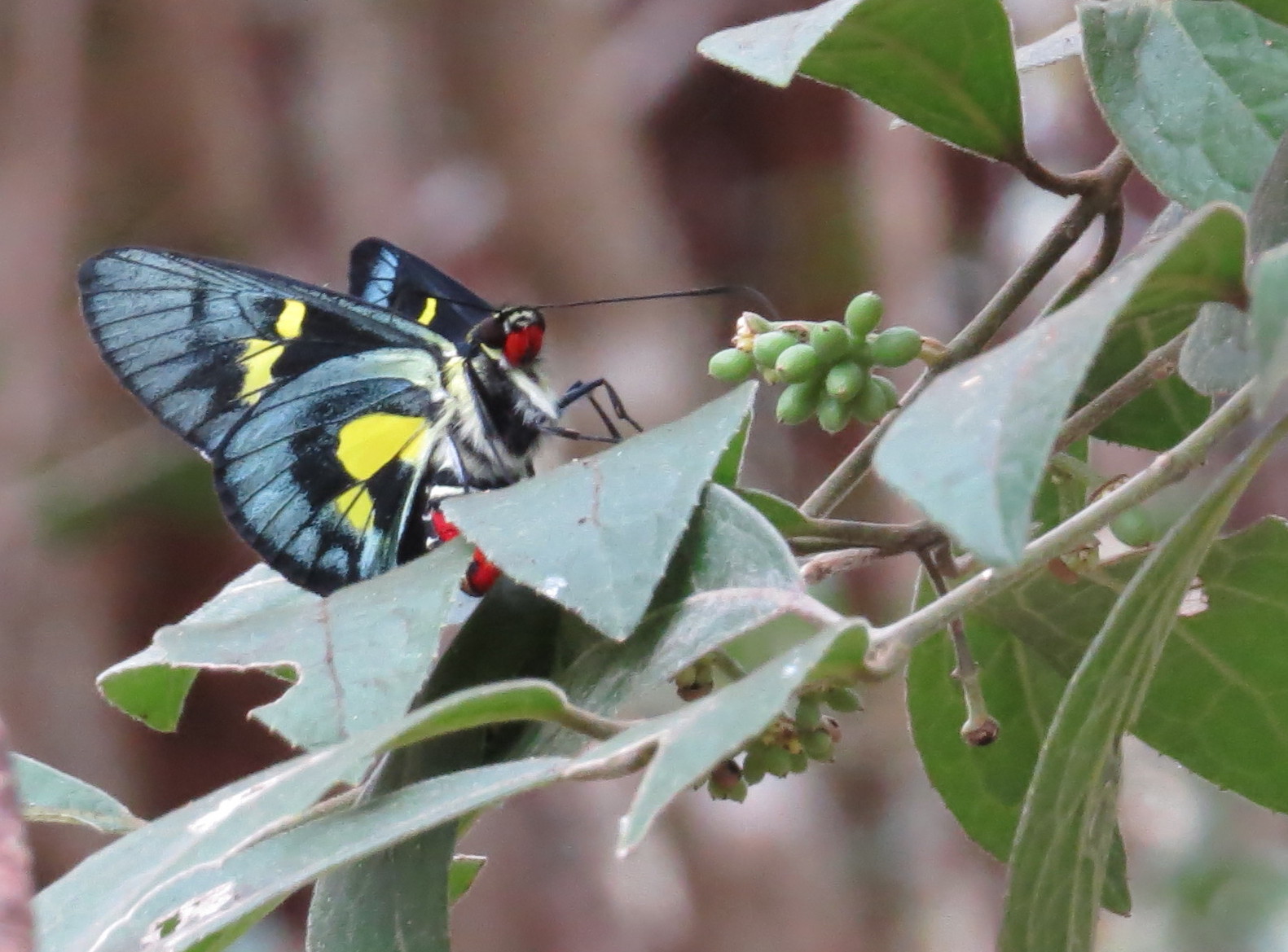 Sometimes they even come to lights at night:

The female skippers lays a single, ribbed egg on the underside of a leaf. 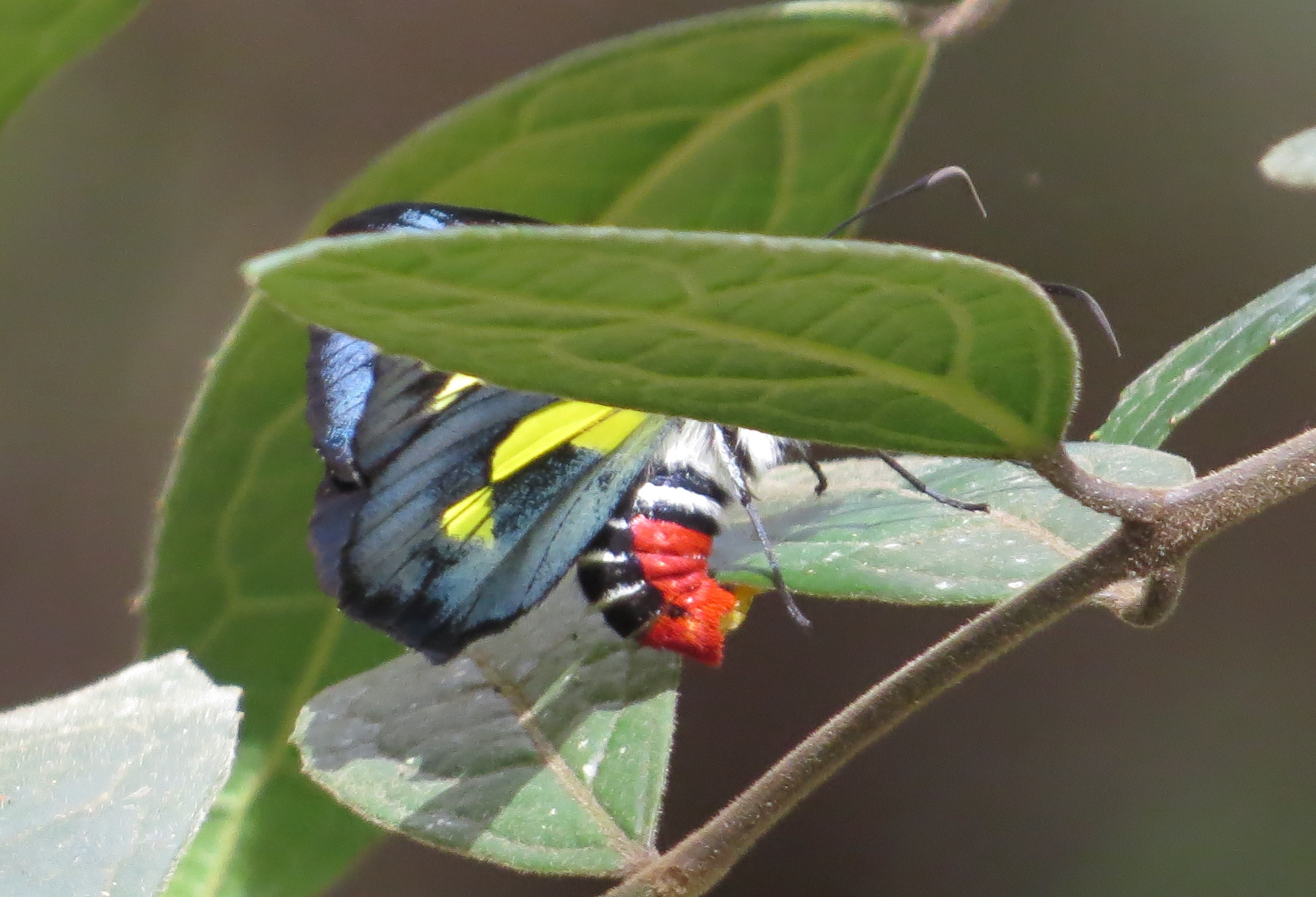 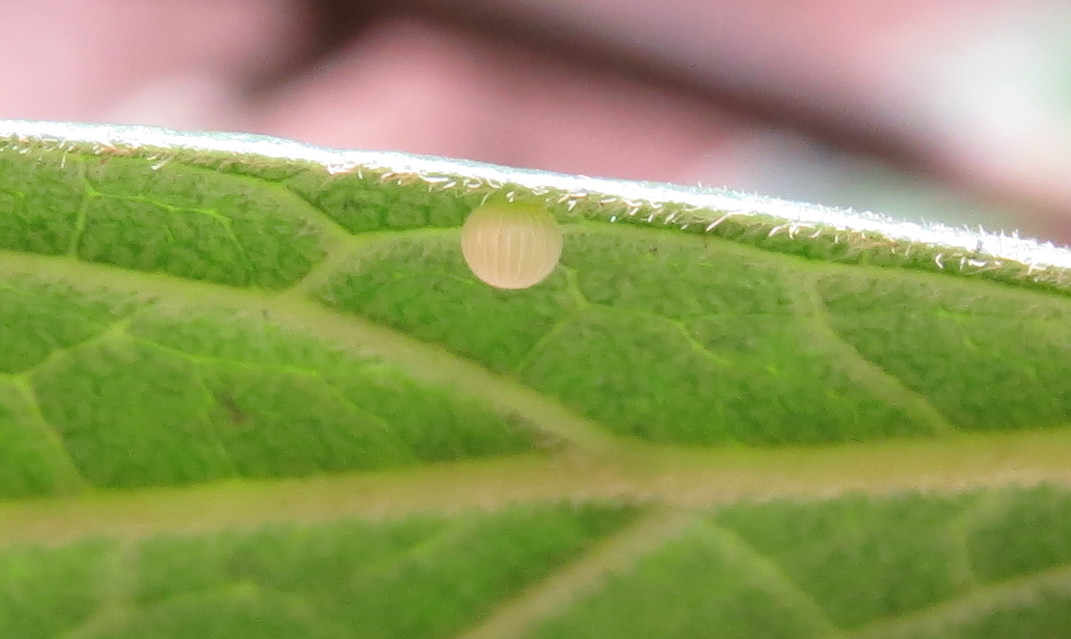 The emerging larva builds a shelter by cutting out part of a leaf and folding it back onto the upper surface. They emerge to feed at night.