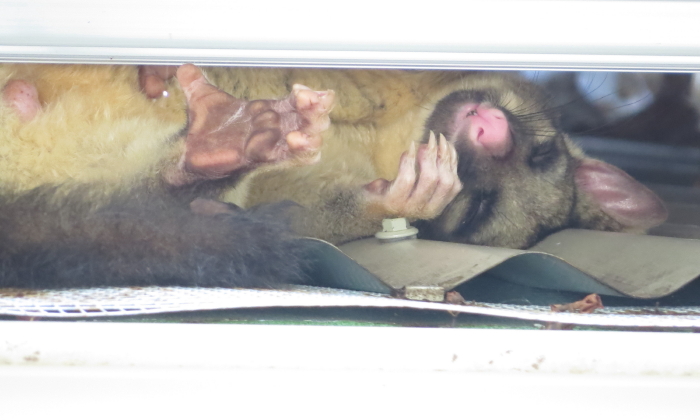 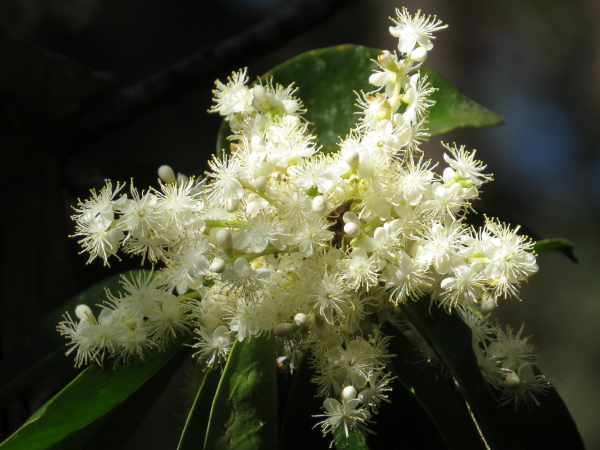 Symplocos trees are in full flower:

so are Hovea shrubs: 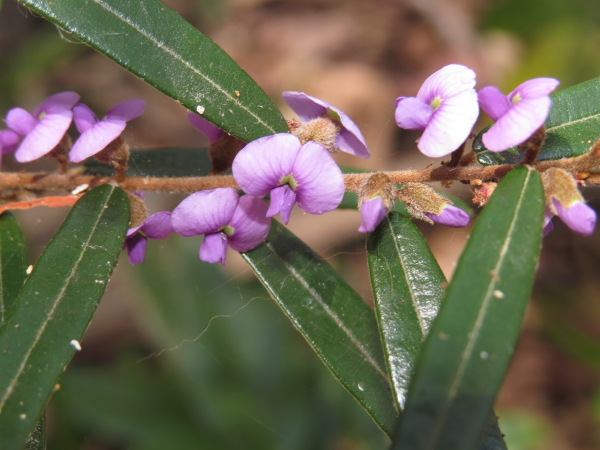 Many birds are starting their breeding business:
Eastern Spinebills are courting and one of the females is picking up tiny bits of eggshell and fluffy nesting material, Bridled Honey-eaters are mating, Mrs Riflebird appears to be feeding a nestling (instead of eating banana on the spot, she is flying away with big chunks in her beak), there is already an immature White-naped Honey-eater coming to the bird bath every day, Eastern Whipbirds are travelling through the undergrowth with 3 offspring in tow, the list goes on.
Marsupials also are showing up with either extended pouches (Pademelons, Swamp Wallabies and Brush-tailed Possums) or babies on foot, like our Lumholtz’s Tree-kangaroo (see the previous blog).
On Sunday we saw a patch of olive-green on top of a Cissus vine along our creek. That wasn’t a bit of flora, but a Green Ringtail Possum with a very small baby! 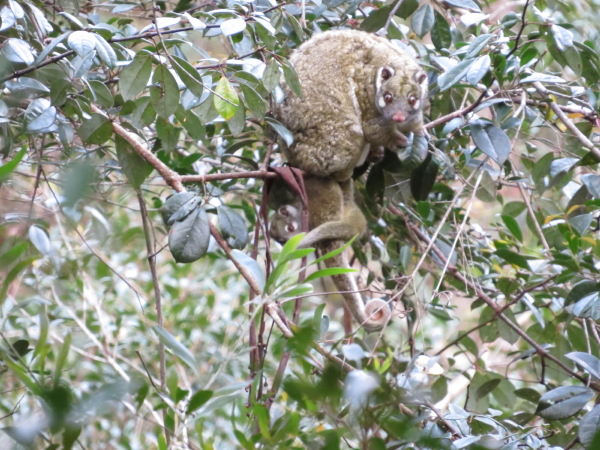 They were out rather early, while it was still light (they are normally nocturnal animals), but mum was probably very  hungry, having to produce milk for her offspring.
Green Ringtail Possums don’t sleep in tree hollows, like a lot of other possum species, but spend the day curled up in a tree, relying on their excellent camouflage, like this one: 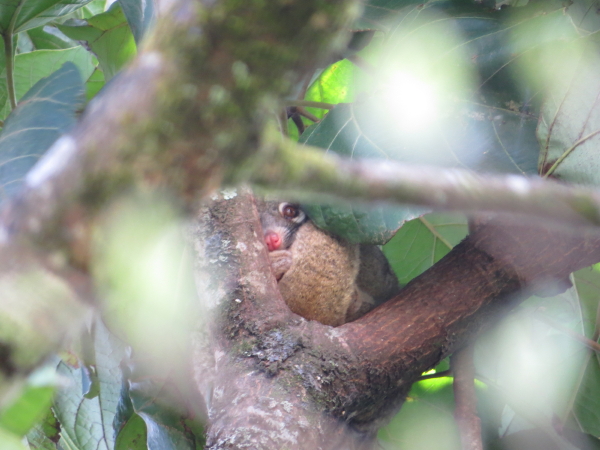 The pink nose gave it away, though!

Ringtail Possums have a very prehensile tail, which they use like an extra hand.

They were both feeding on the Cissus leaves, which is a favourite with many possums and tree-kangaroos.

Every now and then the little one briefly made its way into the pouch for a drink: