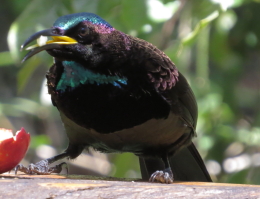 Victoria’s Riflebird (Ptiloris victoriae) is one of 3 species of birds of paradise (family Paradisaeidae) in Australia.

They are common in our part of the world, and relatively easy to observe on our property. They often investigate rough-barked tree trunks for insects and spiders, behaving like treecreepers. They also check out strips of hanging bark on Rose Gums. 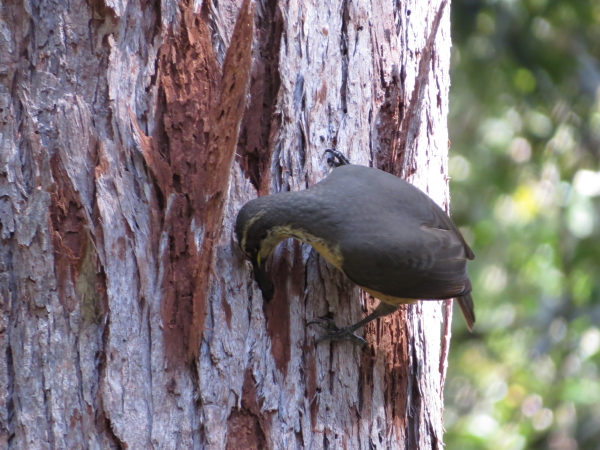 The males use the tops of dead tree trunks, or sometimes horizontal branches,  to perform their courtship dances, mainly between July and December.

Knowing their preferences, we levelled the top of a splintered dead trunk near the cabin, and it worked much faster than anticipated! Within a couple of days,  a juvenile and an adult bird took turns on the new perch. 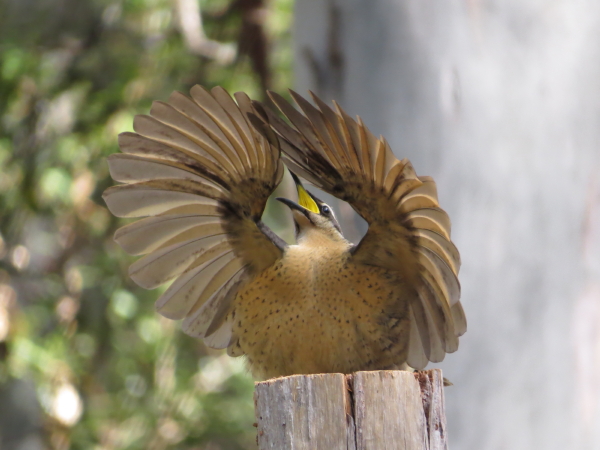 Looking impressive, but  not a patch on the adult version: 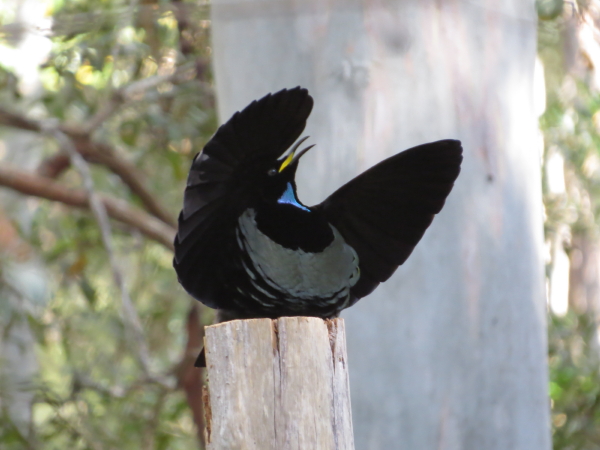 It takes 4-5 years until a young male develops  his velvety black adult plumage with iridescent metallic cap, throat and tail. Until then he looks very similar to the female birds.

Still wearing his immature outfit doesn’t stop him from displaying, though. It takes years of practice to get the moves right and entice a female! 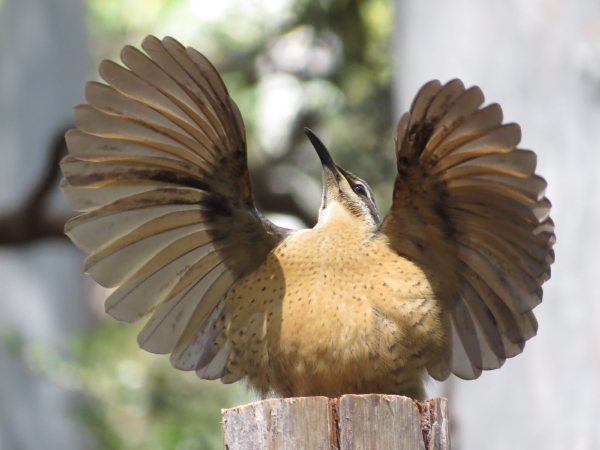 The adult male watched for a while and then flew in to give a more refined performance. He  even dazzled the camera, which quickly lost its focus!

Well, the difficulty of focussing might  be related to the fact, that the riflebird’s black is the blackest black in nature. It absorbs 99.95% of light, so that even our eyes can’t focus on it properly. A possible reason for being so black might be that the contrast with his brightly coloured feathers makes those look even brighter, and, presumably, more attractive to the female. (You can read more on that topic in the June 2018  Australian Birdlife magazine). 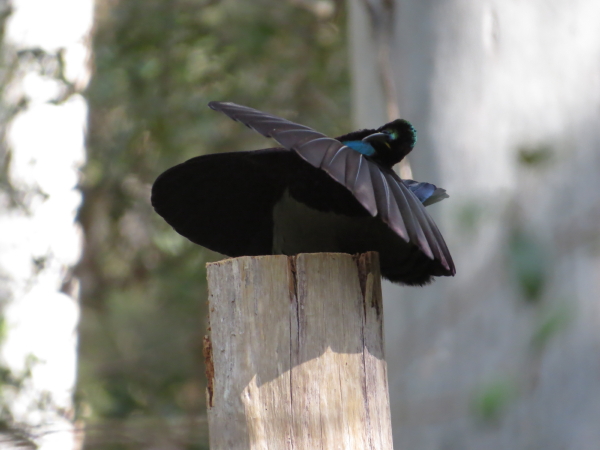 These two males displayed without a female being present. Practising and  showing off to each other!