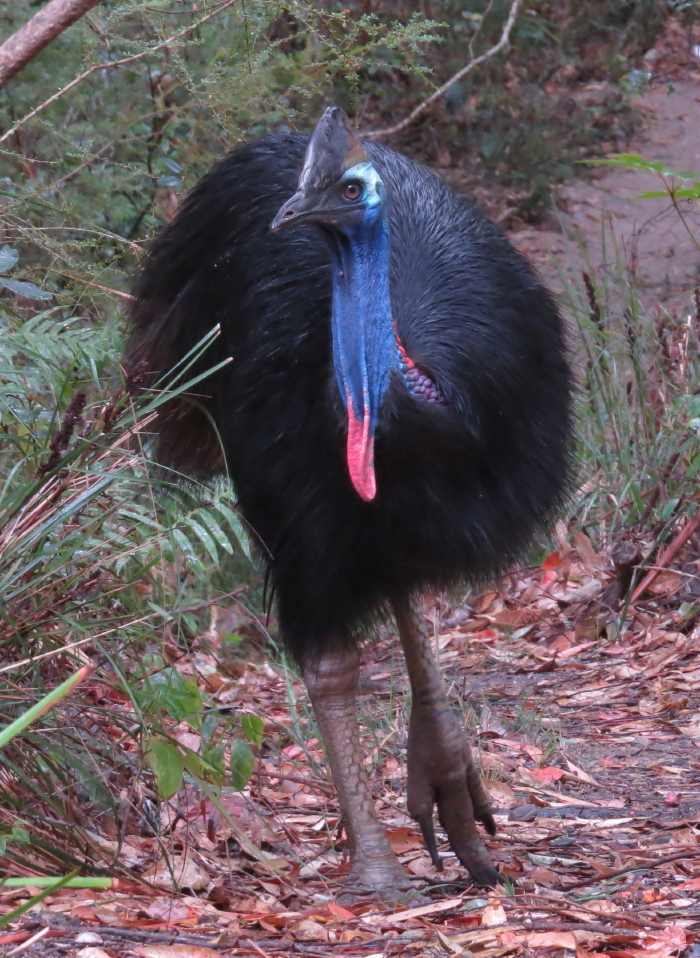 Just before dark yesterday, we had an unexpected visitor: a juvenile cassowary emerged from the the forest,  near our veranda. It has probably walked along the creek in search of fallen fruits, mushrooms and, if it is lucky,  the occasional frog.

It is about 2/3 adult size, with clearly visible brown juvenile feathers on the thighs and tail, a bright blue neck and short, pink wattles, making it 1-2 years old.

Wattles and casque still have a lot of growing to do.

It might be a young male, as the tail feathers seem longer than on a female. (P.S.: it is a male, as we found out in June 2019, when he mated with a large female.)

The colouration along the neck is already quite vivid.

He was back this morning, pecking at some mushrooms, before wandering down to the creek and into the forest.