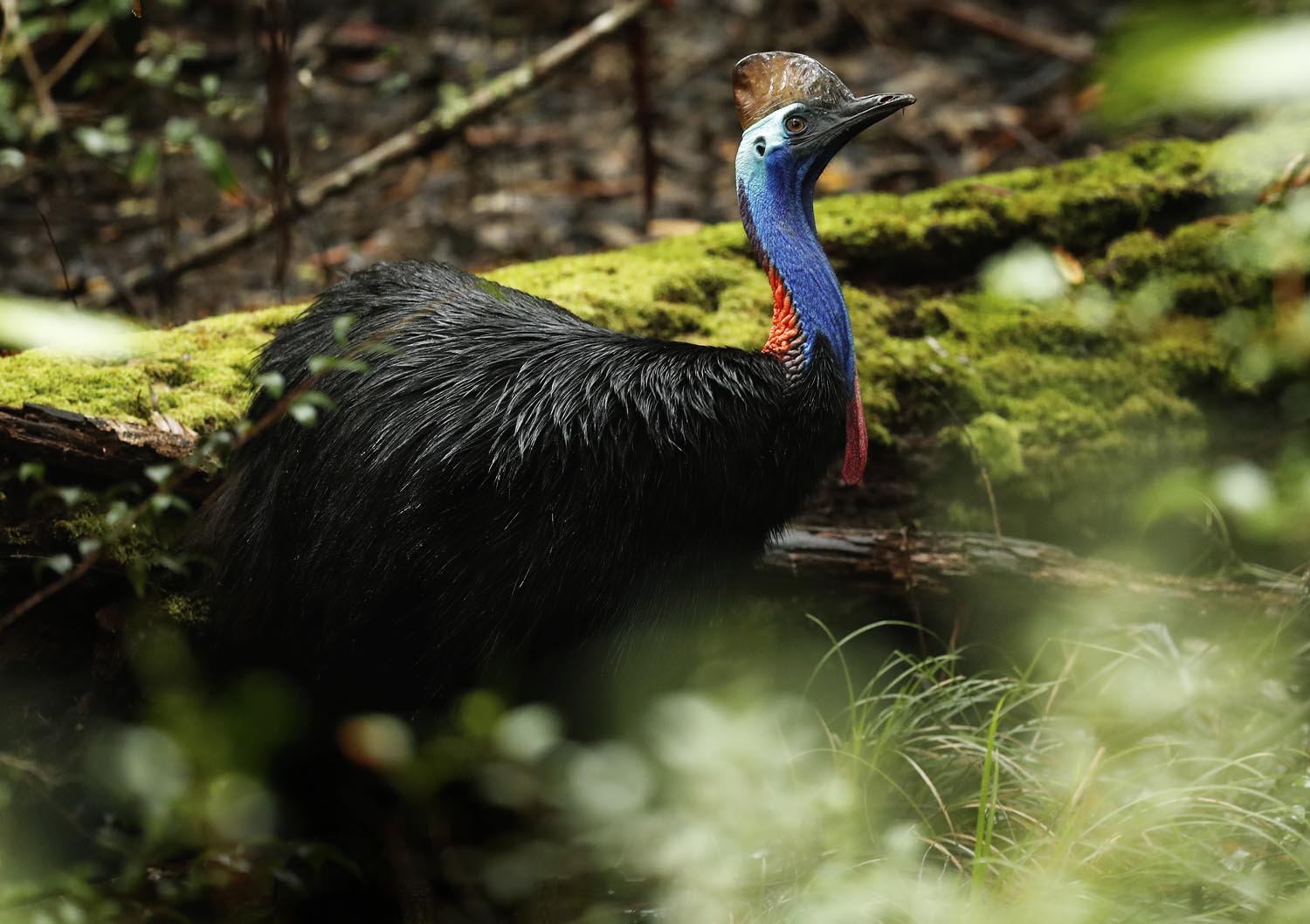 The cassowary mating season is in full swing and we can hear a lot of  booming in the forest. The large female, “Wattle” and her mate, “Goldfinger” have been seen together several times. Another 2 cassowaries have also turned up: “Dad” with one chick is visiting us almost daily, often they are enjoying this sunny spot between cabin and house: 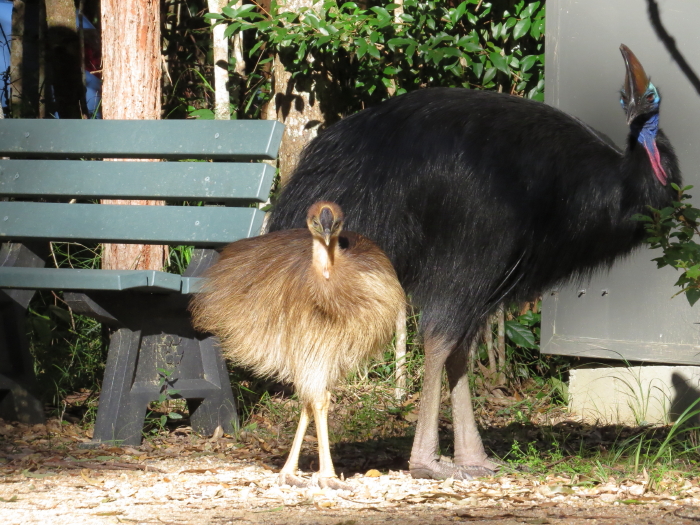 Dad is apprehensive in the presence of the female and takes off when she approaches. She doesn’t seem to be really aggressive towards him and is very nonchalant towards the chick. It could well be her own, as Dad and Wattle were together last June, when he came through with 2 chicks (who were about 3 months older than this year’s single survivor).

Yesterday, Dad tried another tactic to evade the female: he crouched down in the densest patch of shrubs, lying as low as possible. Of course, she knew he was there, especially with that chatty chick nearby, and slowly walked towards him. When she got within a few metres of his ‘hiding’place, he lost his nerve and ran.

“M”, the young male or female bird, has drawn the short straw, being chased vigorously by Wattle and very afraid of Dad. This beautiful image was taken by one of our guests, Steve Bond:

Our Victoria’s Riflebirds don’t seem to know that they are supposed to take a break from all that displaying business. The adult male and one immature male, who changed into adult plumage last summer, kept going throughout  the molting season and are displaying daily on the favourite post near the cabin whenever a female comes into view.

Here are a couple of Steve Bond’s images: 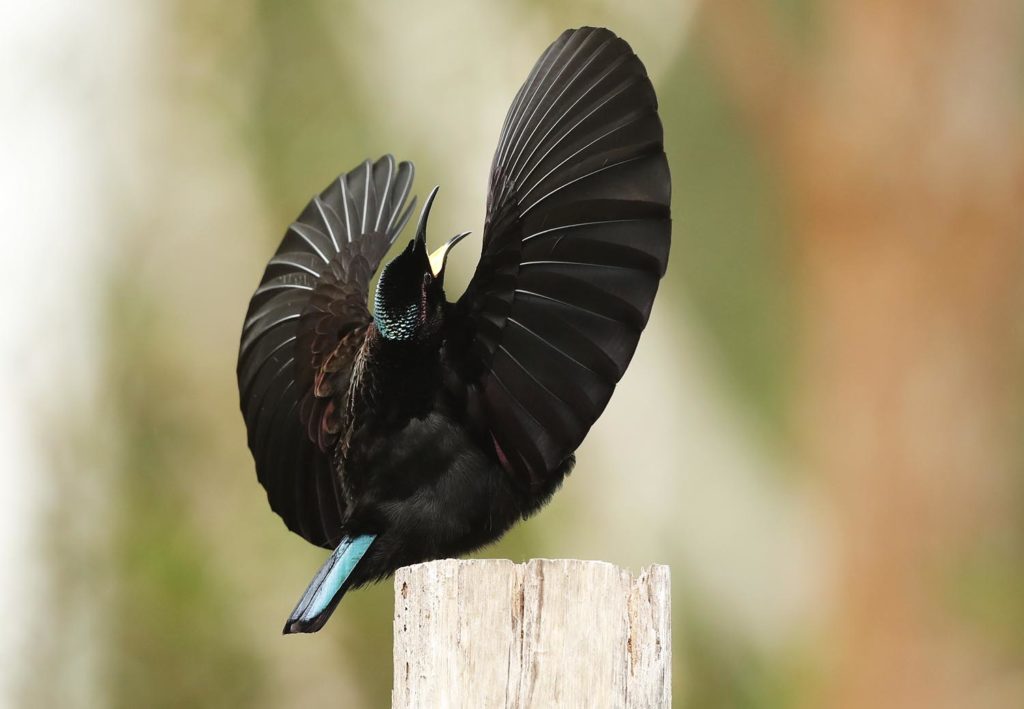 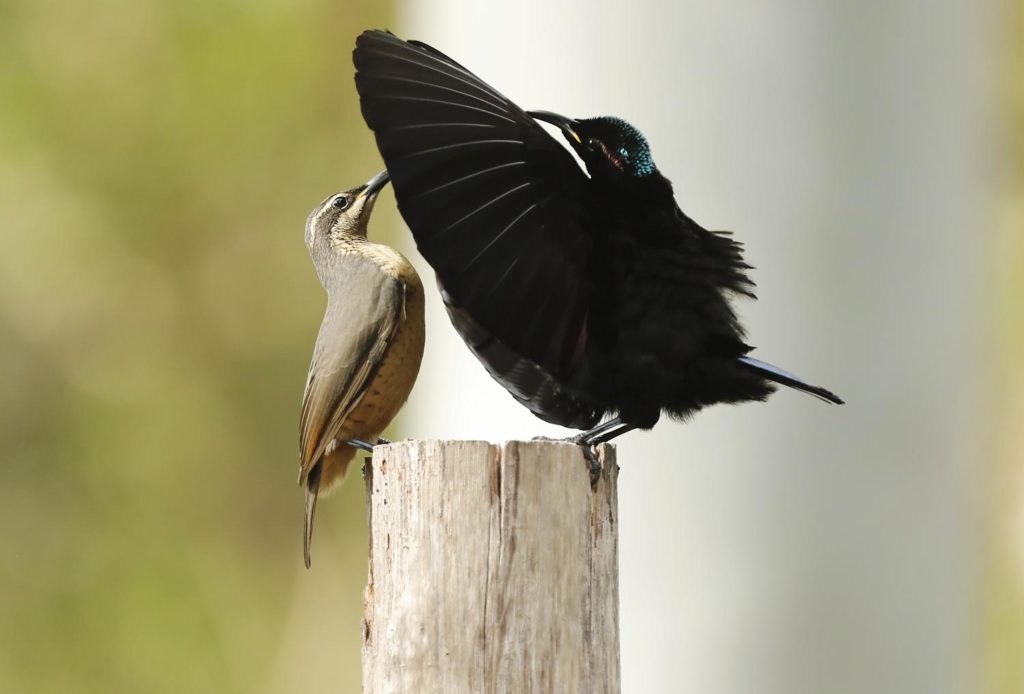 We haven’t noticed any offspring this year, so maybe the adverse conditions (a long, very dry 2018, with very little flowering/fruit-setting taking place) didn’t get the female riflebirds into mating and nesting mood.