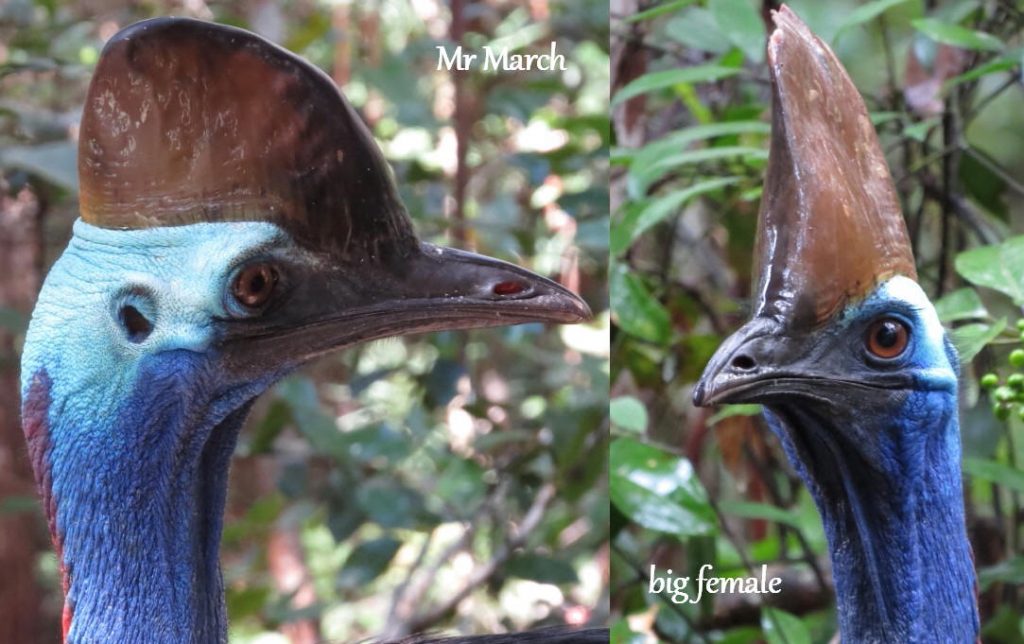 For some time, a young, male cassowary (we call him “Mr March”, because he first visited us in March 2018) has been around several times a week. Judging by his droppings, he is finding rainforest fruits, as well as eating fungi and berries from several sclerophyll shrubs.

He is chasing the other young bird, who occasionally shows up (“Goldfinger”) away, whenever it came too close.

Following up on our last post about the difference of the two, here is another feature: you can see quite clearly.  “Goldfinger” has a ‘hairy’ fringe around its (we are not sure, yet, whether it is a male or female -*see postcript below) crest:

Now the tables have turned: A large female made her appearance, and she always gives chase when she sees or hears ‘Mr March’. It is quite a funny sight, when a cassowary gallops down the track with wildly swinging bottom! But you do not want to get between the two running birds!

The female is easy to identify, as she has very distinctive wattles (so we named her “Wattle”) and also a tall casque with a ragged top:

Here is a comparison of “Mr March” and “Wattle”: 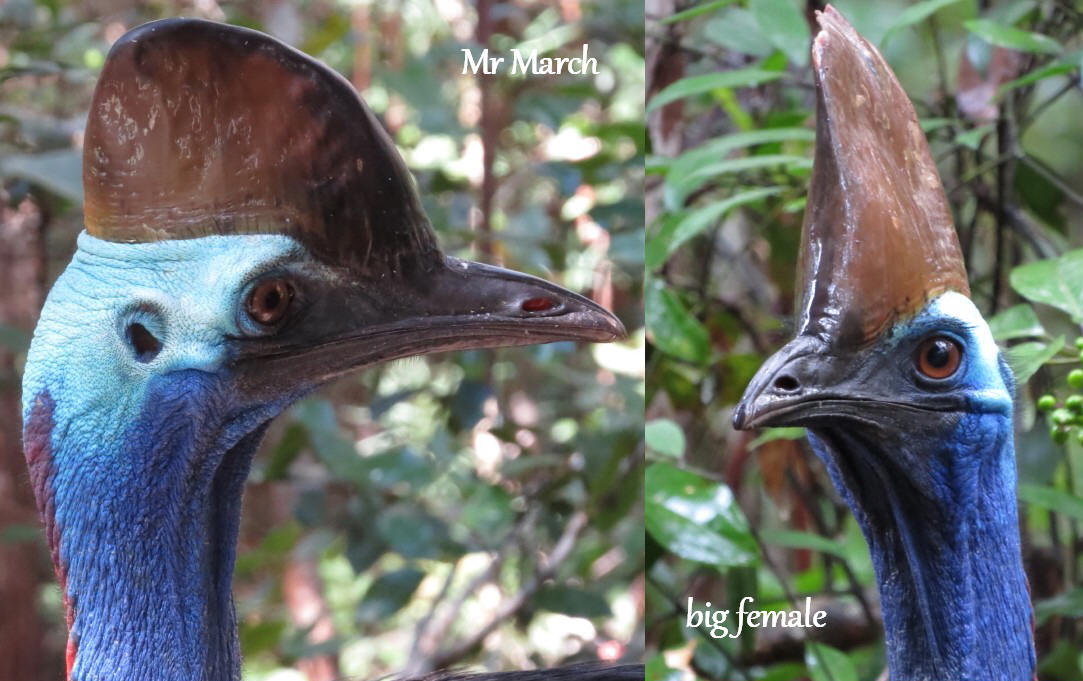 Despite her aggressive behaviour, the male keeps coming back, which makes us think it is the start of the mating season. In that case, the female’s aggression should slowly wane, and the male will become less frightened.

Below a sample of her booming, and you can see her whole body vibrating.  You can hear as much as feel the sound when you are close. It is like an elephant’s rumble! Cassowaries call at the lowest frequenzy of any bird, as low as 24-30 Herz (infrasound). This booming call carries a long distance – perfect for communication in dense rainforest.

The casque on the head, which is spongy inside, might function as an amplifier as well as a receiver of the bird’s infrasound vocalisations. Latest research by scientists from La Trobe University suggests that it s main function is thermoregulation.